Within GEOFIN research, a set of interlocking case studies is being mobilised to reveal the different ways in which banks, states and households across post-socialist East-Central Europe are interconnected by financial chains with each other and with a wider political economy. Geographically, the project focuses on the ‘new’ EU member states – i.e. post-socialist countries with fully liberalised financial systems (which is one of the EU accession conditions) and thus fully exposed to the forces of Western finance. The effects of this exposure have been highly uneven both within and between countries, both reflecting, and contributing to, uneven economic and monetary landscapes of East-Central Europe. To capture this diversity, GEOFIN aims to provide insights from three groups of ‘new’ members states in East-Central Europe, which for the purposes of GEOFIN research are defined are follows: ‘Central Europe’ (Poland, Czechia, Hungary, Slovakia and Slovenia; the last two being also Eurozone members); the ‘Baltics’ (Estonia, Lithuania and Latvia; all in the Eurozone) and ‘South-East Europe’ (Romania, Bulgaria and Croatia; none of which are in the Eurozone). 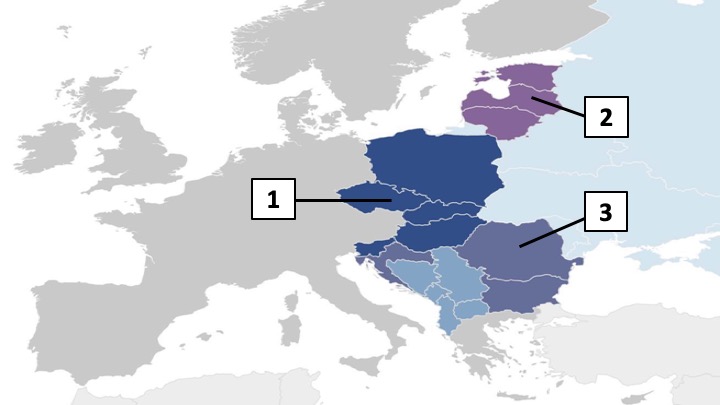