You are here: Home1 / Blogs2 / GEOFIN Blog #12 – Financialisation of households in the ECE region:...

The financialisation of households in East and Central Europe (ECE) is a relatively new phenomenon which is often described as part of a process of ‘catching up’ with countries in Western Europe. The delayed nature of household financialisation in the ECE region is evident in the secondary statistical data. As I have written in a recent GEOFIN Working Paper (Bobek, 2021a), such data remains limited, particularly in relation to long-term trends[1]. Nevertheless, the available data shows an interesting picture of recent trends in household financialisation in the ECE region, and it allows for some comparisons with the ‘Old’ EU member states.

There are different measures of household financialisation. These include household debt to GDP ratio and household debt ratio to their disposable income. In both cases, countries in the ECE region started from a relatively low base in the mid-1990s. For example, in 1995 household debt as a percentage of disposable income was as low as 3 percent in Poland; this compares to the ‘Old’ EU average of nearly 85 percent in the same year. While this ratio reached an average of 63 percent among countries in the ECE region by 2016, it remained much lower than the ‘Old’ EU average of almost 150 percent in the same year.

As argued by many scholars researching the subject of financialisation, housing and mortgage markets constitute one of the most important elements of the financialisation process, particularly in relation to households. It needs to be emphasised that mortgage markets for retail customers in the ECE region were almost non-existent during the socialist period and did not start to develop until the late 1990s. Prior to the transition, most ECE countries were characterised by the ‘East European Housing Model’, with public housing and housing estates as dominant models. However, due to the mass privatisation of housing which occurred after the collapse of communism, these countries experienced a major shift towards homeownership.

Indeed, ownership is a dominant form of tenure across all ECE states (Fig. 1). The average rate of homeownership in this region remains higher than the average rate of homeownership in Western Europe. Quite importantly, however, most households in ECE countries can be categorised as ‘owner with no outstanding mortgage or loan’. Nevertheless, the percentage of ownership with mortgage or loan in this region has been growing since the early 2000s. This suggests that ownership is still a desired form of tenure, but new entrants to the market have no other choice but to take on a mortgage. Furthermore, relatively higher levels of material deprivation among those who rent in the private market may suggest that ownership, even with a mortgage, is more ‘attractive’ than renting.

While the growing importance of mortgage markets in the ECE region is perceived by some as a positive development, there are also issues that require further consideration. These include the proportion of Foreign Currency (FX) loans, which grew at a rapid pace between 2004 and 2010. While the share of FX loans granted to households in selected countries in the region has decreased since 2010, rates recorded in 2014 were still relatively high. This can be problematic, especially when we take into account the low levels of so-called ‘financial literacy’, at least in some ECE countries (Fig. 2). Even though the concept of financial literacy itself can be controversial, it can be useful for highlighting the problematic nature of promoting complicated financial products in societies where the availability of any financial product was very limited until the mid-1990s.

Finally, it needs to be emphasised that the data not only shows us the overall trends among ECE countries, particularly the relatively low rates of household engagement with financial markets when compared to Western Europe, but also highlights some important variations within the region. What emerges from the secondary data are the differences between countries in the ECE region and also possible variations within each of these countries. Significant differences observed between ECE countries call for more scrutiny in analysing household financialisation as a unified and equal process occurring across this region. Variations on sub-national levels are more difficult to capture due to the data limitations, however some of the regional data on Poland (for details see Bobek, 2021c) suggests possible differences in financialisation of households between NUTS regions, and between the capital city and the rest of the country. All these should be taken into account in future research on the financialisation of households in the ECE region. 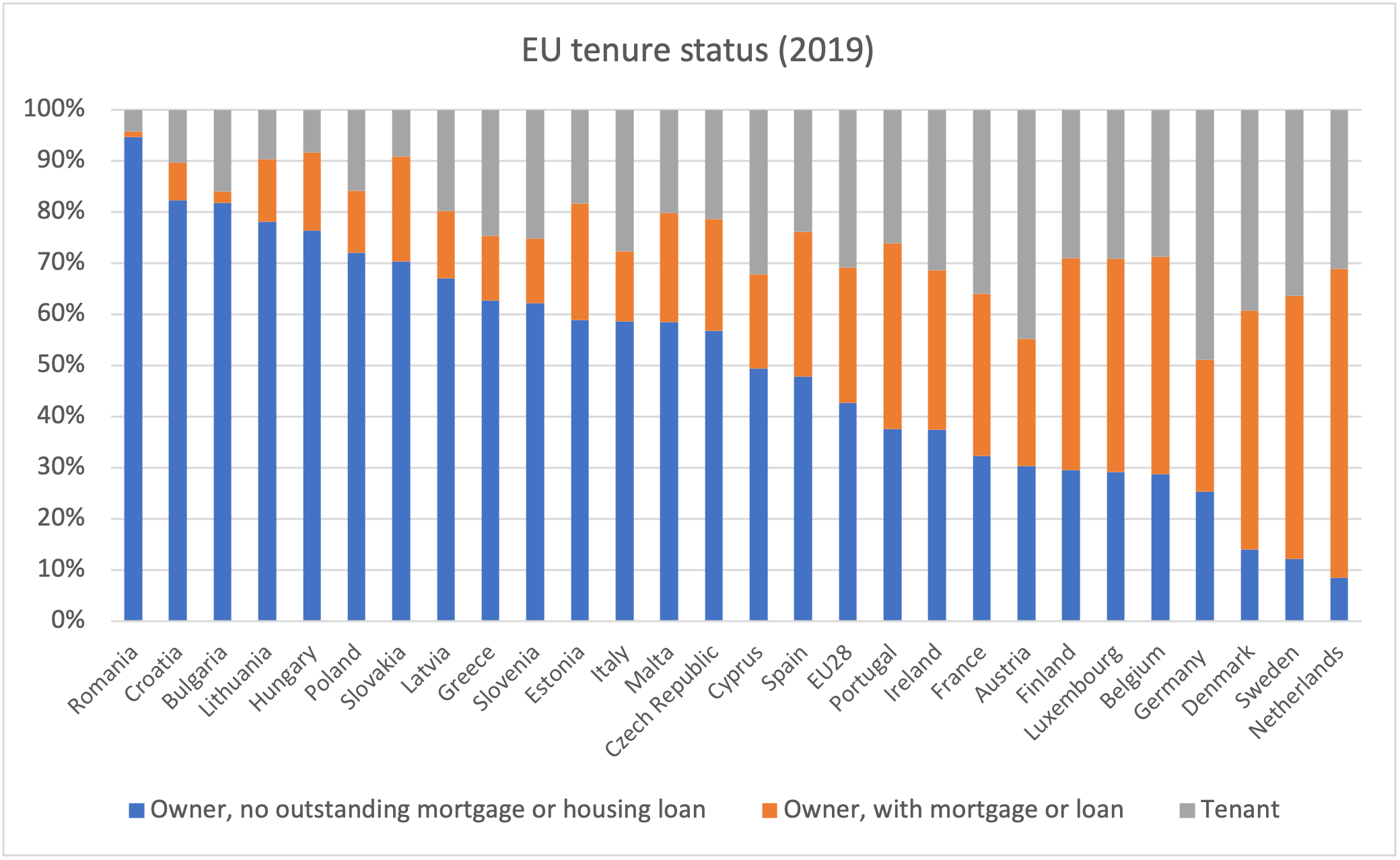 Bobek, A. (2021). Financialisation of households in the ECE region: what can we learn from the secondary statistical data? GEOFIN Blog #12. Dublin: GEOFIN research, Trinity College Dublin. Available online at https://geofinresearch.eu/outputs/blog/

GEOFIN Blog #13 – Conference news: Thirty years of capitalist transformations...
Scroll to top
We use cookies on our website to give you the most relevant experience by remembering your preferences and repeat visits. By clicking “Accept”, you consent to the use of ALL the cookies. However you may visit Cookie Settings to provide a controlled consent.
Cookie settingsACCEPT
Manage consent