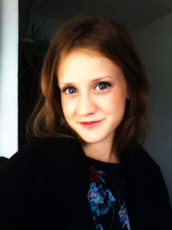 Sara’s intellectual journey has been marked by an effort to integrate her activist and academic selves. Upon finishing high-school in her hometown Zagreb, Croatia, Sara moved to Toronto, Canada, where she obtained her primary degree in Anthropology and Psychology from York University in 2015. In her earliest research, Sara started asking how spatial analysis may help us in reconceiving major themes of social sciences. This resulted in her first publication which, on the example of museum spaces, rejects the idea of space as a mere container for things and construes it as a configurative framework for displayed exhibits. Following that, Sara completed her MSc in Social Anthropology at the University of Oxford, UK, where her research focused on border-work – the concrete mechanism by which EU borders are spatializing, disappearing and emerging, in relation to politically and racially different kinds of human subjects. After she graduated, Sara became active in helping refugees along the Balkan refugee route. She worked as a Project Manager for an innovative civil society organisation. Herewith, Sara publicly spoke against refugee rights violations through several international media outlets, such as the BBC News, Al Jazeera, Friedrich Ebert Stiftung, Citizens Rights Watch and zdf.de.

Within the GEOFIN project, Sara’s PhD research is focusing on sub-national banking geographies in Croatia – part of the research theme on the financialization of banks. Aiming to explain the particular ways in which financialisation penetrates and manifests itself in the European periphery, her PhD project examines how do Western banking groups organize their retail banking operations in the post-socialist space, what lending strategies do Western banking groups pursue in the post-socialist space and, finally, what do these emerging debtscapes mean for West-East economic relations and financial stability of Europe as a whole.

Benceković, S. (2020) Peripheral financialization in the context of transition economies: The case of foreign banks in the post-socialist Croatia. Paper for the Postgraduate IARCEES (Irish Association for Russian, Central and Eastern European Studies) Workshop ‘Central and Eastern Europe: Past, Present and Future‘. Limerick, Ireland, 28 February 2020. | PDF

Benceković, S. (2018) Housing and finance in the context of the European ‘semi-periphery’: transformation of banking strategies in two decades of Croatian transition. Paper for the “The financialization of housing in the semi-periphery” Workshop. Central European University (CEU), Budapest, Hungary, 20-22 July 2018. | PDF

Benceković, S. (2016) Tell me how you move and I will tell you where you are from: The EU management of migration as a tool of othering refugees and re-constituting the meaning of ‘Europeanness’. Journal of the Anthropological Society of Oxford, 8(3), pp. 384-451.

Benceković, S. (2014) Loves me, loves me not: The museum of broken relationships scene analysis. Contingent Horizons: The York University Student Journal of Anthropology, Vol. 1, No. 1, pp. 9-18.